Spiritual disciplines and practices allow us to actually be thresholds of the Spirit. Practicing together allows us to be a communal threshold of the Spirit for the healing and growth of the world.

The Threshold is committed to weekly worship in the style of the Taizé Community. 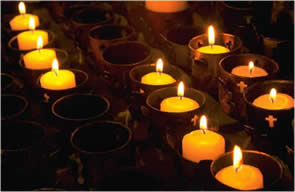 Finding God in all things

A long loving look at the real

A note from Brad about Taizé

My pilgrimage to the Taizé Community began in an unusual place. Westminster Choir College in Princeton, New Jersey is known for its excellent choral program, brilliant faculty and the presence of world-class organists. Since I was studying music, I did not expect to experience a prayer form that would captivate my heart. Then one morning, our class was introduced to the music and prayer of Taizé.

The prayer began with singing a simple eight-bar phrase and these words — Jesus, remember me when you come into your kingdom. As I sang, I focused first on the words, identifying with the one who spoke them to Jesus — the thief on the cross. However, with each repetition I found myself relaxing deeper into the presence of Christ, the one to whom I sang. Occasionally, an oboe or cello would add an obligato to the singing. Singers began adding choral parts until all four parts wrapped around my soul as a cloak. As I sang in that community of musicians, I prayed in a way I’d never prayed before. A few years later, I walked into the crowded sanctuary of the Church of the Reconciliation on a hill top in Burgundy, France and sang that prayer with people from 50 other nations around the world.

Recently, I took a group of young people to Taizé in August for the week-long program. 5,000 young people, age 18 – 30 attended that week. 72 languages were represented and we sang in 20 of those languages during the week.

Because Taizé‘s global emphasis, The Threshold has made a commitment to use the songbook from the community and sing in a variety of languages (including English) during our Sunday evening prayers. The English translation is always available in the book, but those who take part usually find that singing a simple phrase in another language connects them with a spiritual family around the world and takes them to a place of deep communion with God even if the words they are singing are not their primary language.

Taizé is a village in the Burgundy region of France. Roger Schütz, son of a Swiss Protestant minister, was only 25 years old when he came to Taizé from Switzerland in 1940. In the war-torn years that followed, he began sheltering Jewish refugees and praying in the village church. Others joined him and soon a small community of brothers was formed.Believing there would always be war in Europe until Christians stopped killing Christians, Roger and his followers committed themselves to a ministry of reconciliation, a challenging and difficult task in postwar France and Germany. Slowly, one by one, brothers began making life-long commitments to communal life. Donning white robes, adopting a Benedictine style of daily life and receiving Roman Catholic, Orthodox, and Protestant brothers from many countries, Taizé has become a monastic model of ecumenism. Roger refers to this community as a “pilgrimage of trust on earth.”Over the years that followed, young people from all over Europe made their way to Taizé to open themselves to this communion which gives meaning to their lives. Today, from March to November, as many as six thousand young people a week come to Taizé for the weekly meetings with the brothers. Focusing on three periods of communal prayer each day, participants delve into the meaning of their own spiritual journey, explore their faith commitments and worship with people from all over the world.

The Music and Prayer 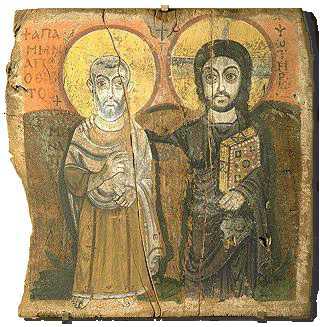 Contemplation has been described as a “long loving gaze at what is real.” Worship at Taizé is contemplative in its style in that it gives the worshiper time to focus on God’s presence within and without. Much of the praying is in silence. Taizé music is composed in an ostinato pattern — a short, simple phrase repeated many times. Often a scripture text and sometimes a quotation attributed to a devote person, each phrase expresses an essential reality, quickly understood by the intellect, which is then integrated slowly into one’s attitudes and actions. Instrumentalists pray through their playing by adding an obligato above the communal singing. Descants — often a psalm — are also sung above the chant. One song may take as long as five minutes. In this atmosphere of simplicity and focused attention, one is free to “rest” in the presence of God.For years, many of the songs written for the Taizé community were written by French composer, Jacques Berthier. Following Berthier’s death, French Jesuit priest Joseph Gelineau composed new chants for the community. Today, a small group of Taizé brothers is composing new songs for prayer. These songs are available in a new collection called Christe Lux Mundi: Music from Taizé

Brad singing Taizé with a quartet at the Peace Cathedral in Tbilisi, The Republic of Georgia: https://www.youtube.com/playlist?list=PL_UcRQCSDWKUZzhVn6nATXtXxltgqgXR-

When: Sundays at 5PM

Where: Meeting in the chapel at Calvary Baptist Church of Denver - East Hampden at South Monaco, just east of I-25 at the Hampden exit. (GPS address: 6500 E. Girard Ave, Denver, CO 80224) Click here for directions and a map: